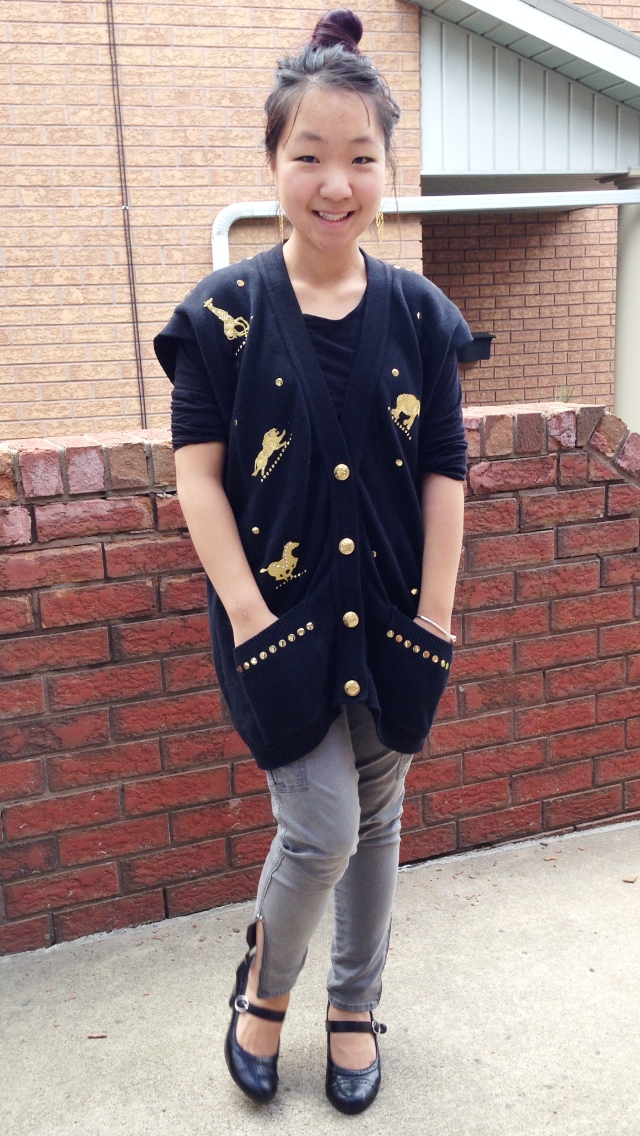 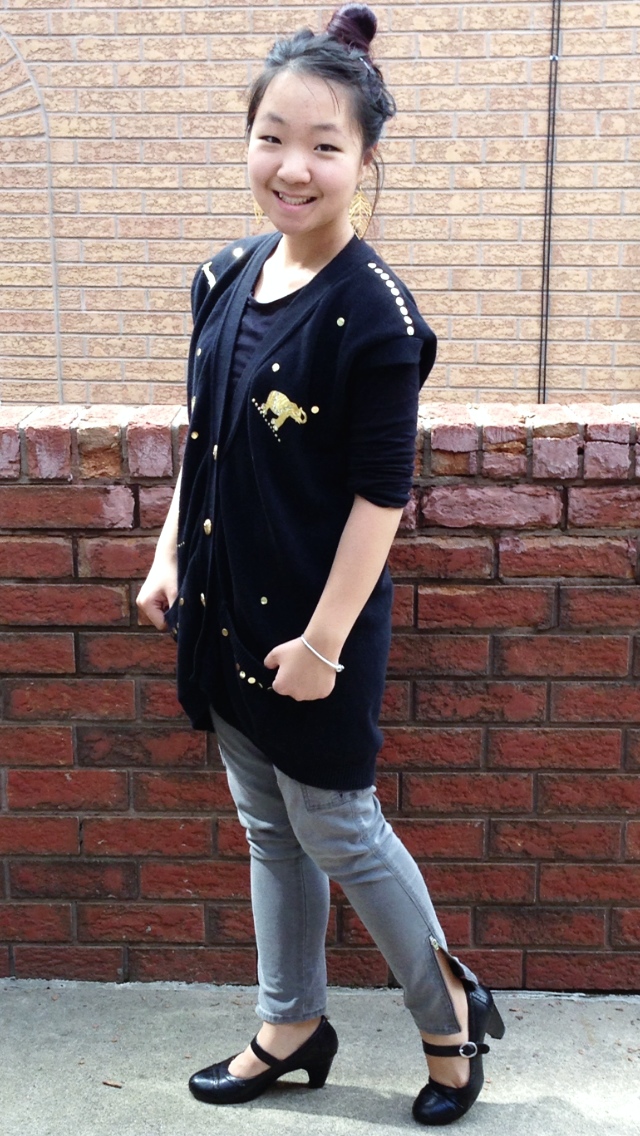 Sweater Vest - Thrifted! Goodwill
Long Sleeve Shirt - Smart Set
Pants -
Shoes - GH Bass (Can you tell I like these yet?)

Well today, I started packing for my camping trip tomorrow... then headed off to school. See, being done IB isn't nearly as fulfilling as I expected it to be, because we don't know if we've done well and I guess for me personally, I've been feeling kind of lonely (since two of my closest friends were in Asia - India and China respectively). A lot of the time, if I don't have work, I just roll around at home. This is not okay, you know?

So, when I went to school today, and people were like, "Why do you look so good?" which I think was total flattery. I wasn't even thaat dressed up today... perhaps the gold detailing on my sweater vest thing (I originally labelled this as a "short sleeve cardigan sweater until I realized that the word vest exists) and the accessories. And I'd reply to them, "Getting out of the house lately is kind of an occasion to dress up... oh how lame I am.

I really do like this vest though (especially because I got it for $2 at the thrift store a few months ago!). It originally had shoulder pads but I took those ugly things out. However, I regretted wearing so much clothing today. It looked cold and gloomy outside, but the humidity was pretty awful. Ah, oh well, long pants must be worn sometimes.

Today, I had a conversation with someone I quite like talking to, and realized that people read my blog just because they want to keep up with my life. So for all of you out there, who actually like me for me and not my clothes (haha), sorry for the likely boring commentary about my clothing and thank you for being loyal readers! I hope my posts can start becoming more lively and filled with adventure.

Speaking of adventure, I'm going camping Wednesday June 12th to Sunday June 16th! We're off to Presqu'ile Provincial Park! Actually, a bunch of them (Ellen, Cindy, Jason, Kevin Z, etc) are already there and have been since Saturday. Kevin X and I are just the late stragglers, transitioning from first half to second half with a few of the crew heading back with my mom to Mississauga!

I've never been to this provincial park, and I haven't been actual camping in quite some time. PEYA (the Peel Environmental Youth Alliance) takes the executive and advisory committee camping every summer, but living in tents and campfires are about the only "camping" things we do. We cook meals in kitchens and stay indoors half the time and everything, haha. So, it's fun and lovely, but not real camping.

But this time? It's hardcore camping. ROUGHING IT IN THE WOODS. Hahaha, apparently a raccoon stole their food yesterday night... so I'm bringing with us some replacement food. Pretty ridiculous.

I saw this picture on tumblr and thought it was adorable! 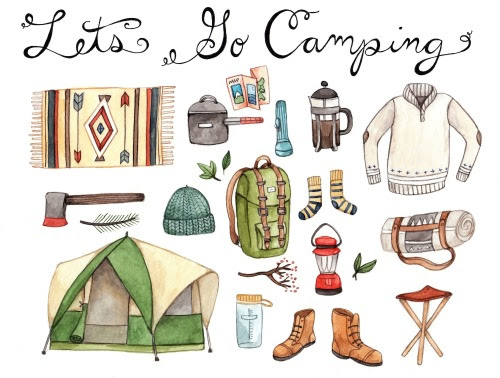 I think I'll be okay for five days? Have a great rest of the week everyone!
Posted by Diana Yoon at 20:04