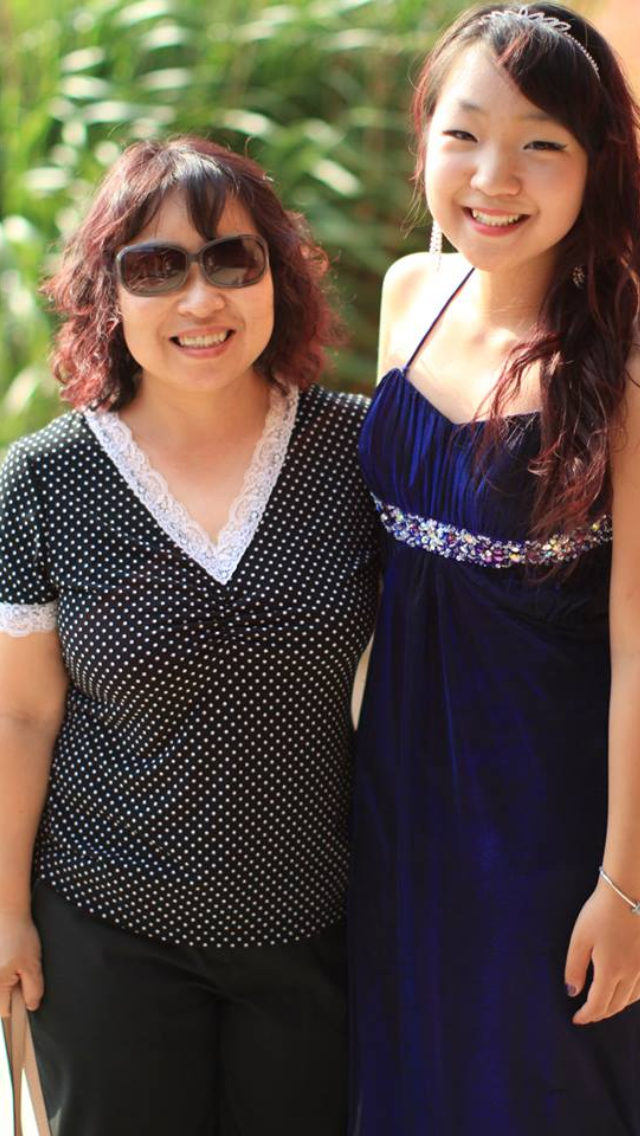 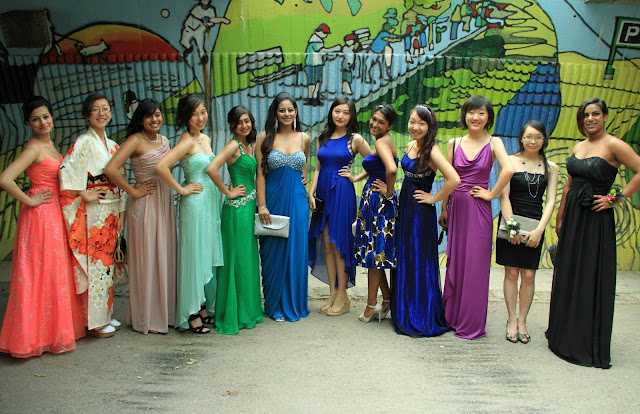 To be perfectly honest, prom has always been a big deal for me. I've always imagined wearing the perfect dress and going all out in the limo and getting a cute promposal, everything. Since I've entered high school and known graduating Grade 12's, I've been stalking prom pictures. I over analyzed whether or not the dress suited them, if their hair/jewelry/shoes went with their dress, everything.

And then finally? It was time for our prom. My dad said to me once in Grade 11, "Diana, do you have nice Korean guy friends to take to prom?" and I laughed and said no. I remember joining the "GFSS Prom Dresses 2013" way back in like November? I remember first hearing about ticket sales way in the wintertime. I remember contemplating about which one of my guy friends I could go to prom with, (actually resulting in several awkward situations but this is not the time to relive that...)

So I suppose with this post (which will be lengthier than usual), I wanted to break down how I got through the prom experience and what I'd recommend for other people's proms in the future.

Overall, this is how much money I spent on prom:

Honestly, that is a lot of money for one night. I know girls/guys who spend $300-400 on their outfit alone though, so I thought I did decently but wow now that I've actually calculated it, that's crazy.

So here are some tips to SPEND LESS and ENJOY PROM MORE:

1. Buy your dress AT LEAST TWO MONTHS BEFORE
One of the hardest parts of pre-prom planning is finding a dress. It is even harder if you try to find a perfect dress when you have two weeks to prom, and likely need it altered! It's already enough pressure to get a nice dress that isn't $400, so why add even more pressure on yourself by putting yourself under such a tight schedule.

Also, if your prom happens to be at the end of June (like mine was), know that there are some people who have their prom late late May/early June! That means when you go dress hunting two months ahead, it's only a month early for the likes of them. Even going two months before your own prom, could mean that there is less variety than you'd like and smaller quantities of your size.

I've never ordered a dress online before, but know what their refund policy is and make sure you'll receive it with plenty of time to get alterations if need be.

I would hope this is kind of common sense, but it really made a difference for how I was able to find a dress. Although it is tempting to go through our older friends' prom pictures and try to figure out which dress you liked best and what colour you want and all of the little details here and there, it's best not to have your dress thought of in a lot of detail before actual dress hunting in real life.

Try on dresses of all different lengths, styles, and colours. You may think you want a green, short fluffy ballerina skirt dress with sequins on top, but after trying it on, you might realize that the colour is unflattering and the skirt falls on an awkward length. I thought I wanted a perfect strapless sweetheart neckline with sequin bust and flowing full length skirt, but after trying on several strapless dresses, I realized that sequined busts looked really silly on me.

Especially with colours, it is so easy to just fall into a "comfort zone" and stick with safe colours like black and light pink or whatever is the norm for you. It's important to try new colours that you almost never wear to see what colours flatter your skin tone and what colours you like in theory but not in practice!

3. Think BEYOND just prom night
My dress is so formal that I'm going to have a hard time finding an occasion to wear it to. My shoes however, are perfectly high black heels that I plan on wearing over and over again. My earrings are fancy but don't scream PROM like my headband does. My clutch is kind of satin-y, but a bright enough colour that I feel alright wearing it to special events. Does not scream PROM either.

I mean, the two girls left of me in the group picture (both in royal blue) are wearing a short patterned dress and a high low dress... which can both be worn at significantly more casual events if they're dressed down a tad!

You will go to prom. Even if there's two months left to the day of prom, and you're contemplating whether or not you're going to buy a ticket... buy it. There are often early bird specials so people who buy their ticket earlier (aka not last minute) can get discounts.

There's so much more I wish I could write about, but it's 1:30am and I'm exhausted. BYE EVERYONE! Have a lovely lovely weekend!