A key part of my ridiculous university program is our midterm trip. We have one each term, after our big assignments and exams for some courses (though I had none) in Week 6. So instead of going to classes for Week 7, we headed off to Edinburgh, Scotland and Liverpool, England. Next term, we're off to France (but that's really far away in late February.) Our adventure started at 4:30am on Sunday morning and we returned back to Bader Hall residences at late Thursday evening.

On Sunday, we basically just sat on a coach bus for hours and hours. We did all stop at the National Coal Mining Museum though, which was interesting. The tour was a little too long and a tad suffocating underground; I can't imagine how miners do this for years.

We arrived in Edinburgh (pronounced ed-en-borough) Sunday evening. Within an hour of being in the city, a group of us headed out to pubs. In celebrating our being in Scotland, we had some scotch. Later on in the night, we found a sketchy night club called the Hive.

Monday was more interesting! We started off the day early with a tour of Holyrood, the Scottish Parliament building. This was my first Politics Field Study! One of the NSP of the MSP (members of Scottish parliament) agreed to do a question and answer period with us, which was fascinating. He shot down the one question I asked, which was reasonable, though I would have liked an answer. 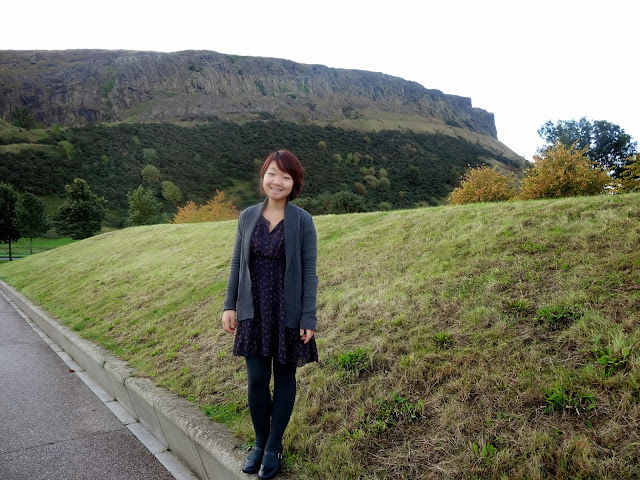 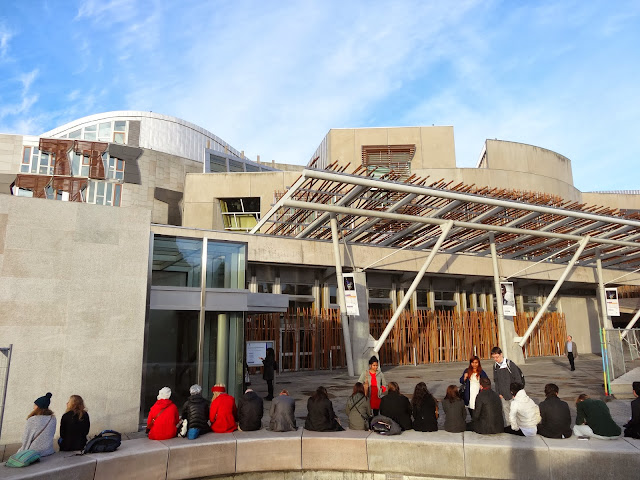 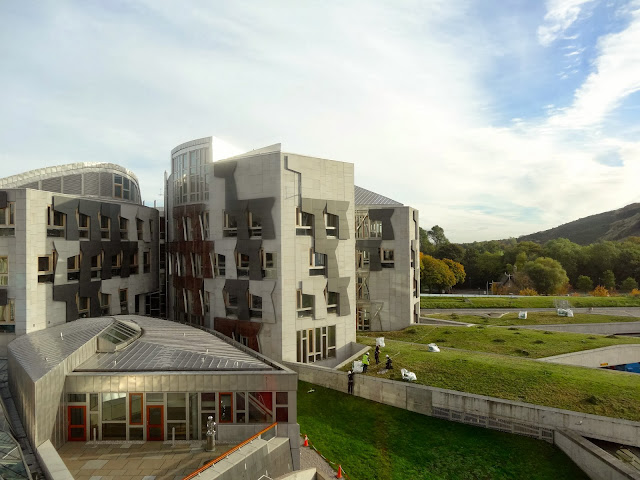 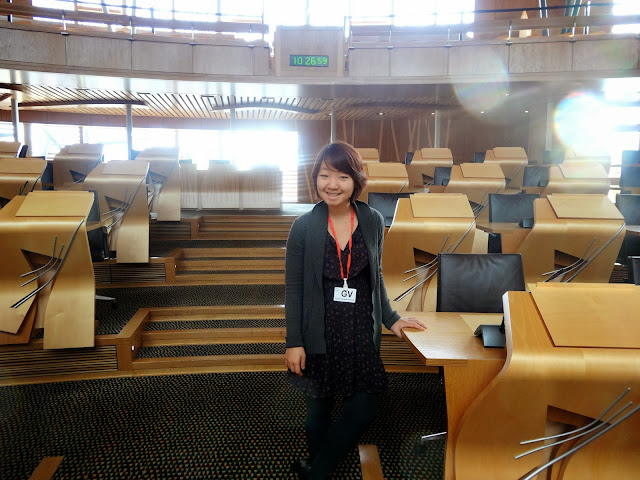 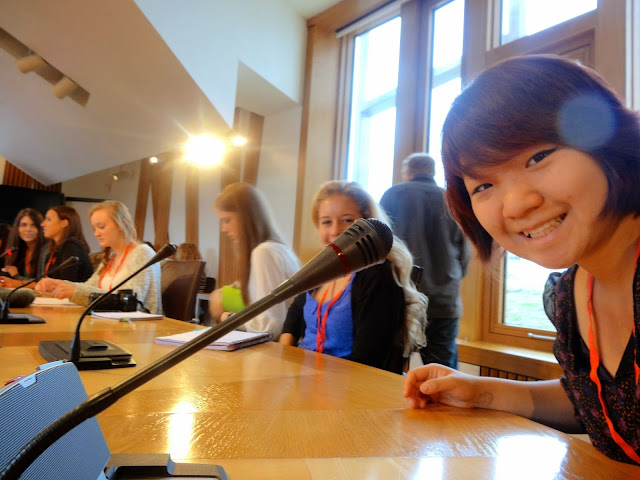 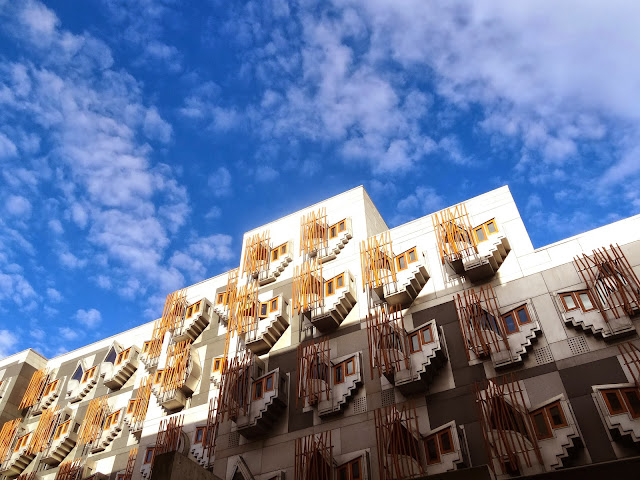 Then I grabbed a bite at the Baked Potato shop (which I visited twice during my time in Edinburgh) before going to the Edinburgh castle! I didn't take a picture of the first potato I had (avocado salad).

Edinburgh Castle was stunning though. Edinburgh is stunning. 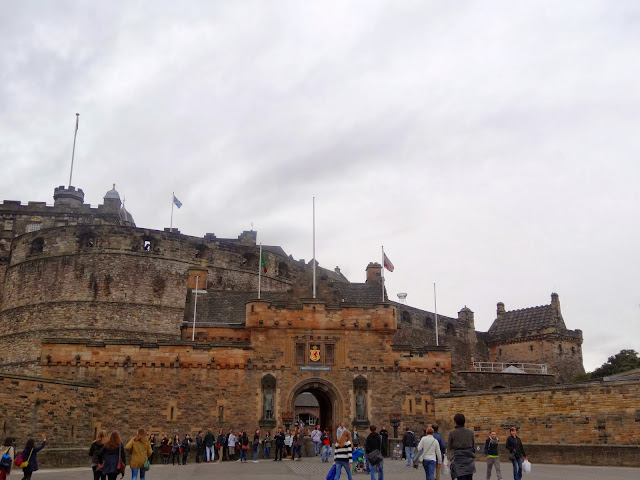 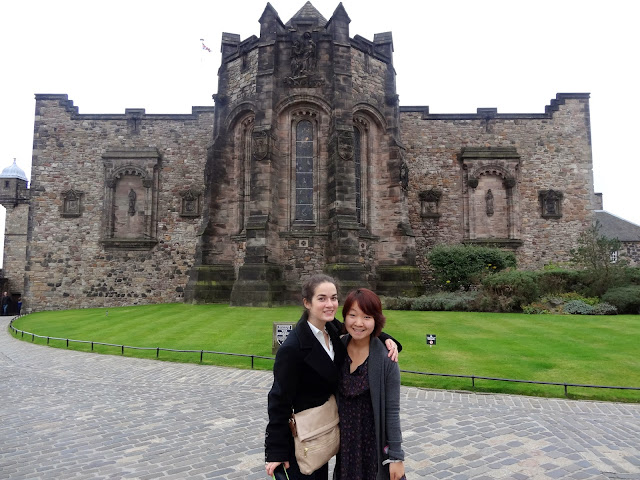 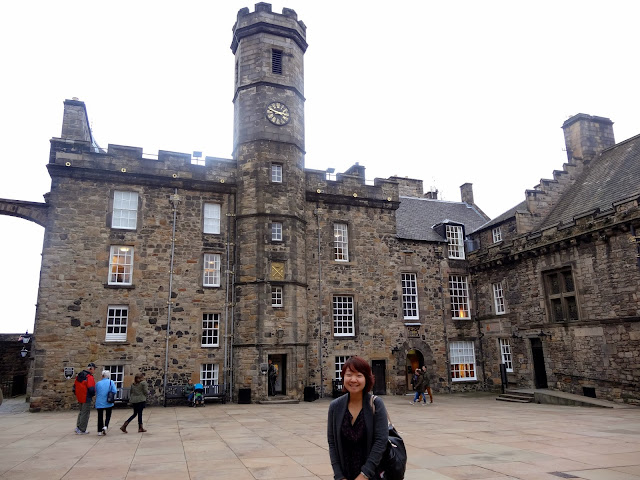 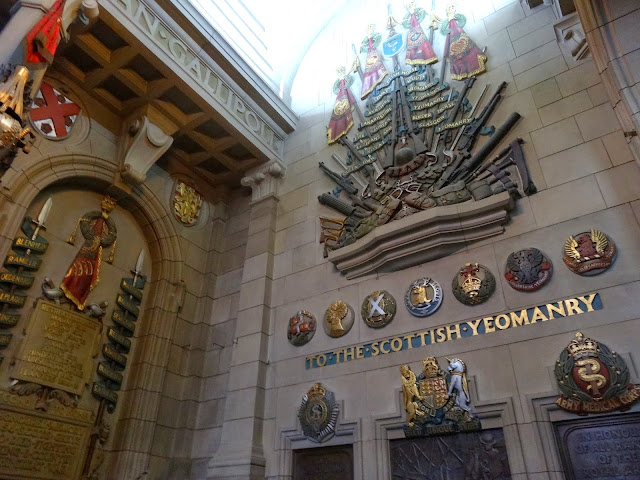 After the Edinburgh Castle, a few of us visited the Elephant House - where JK Rowling wrote part of Harry Potter. I had relatively good tea there, and the view from the window was lovely (as pictured in my last post). 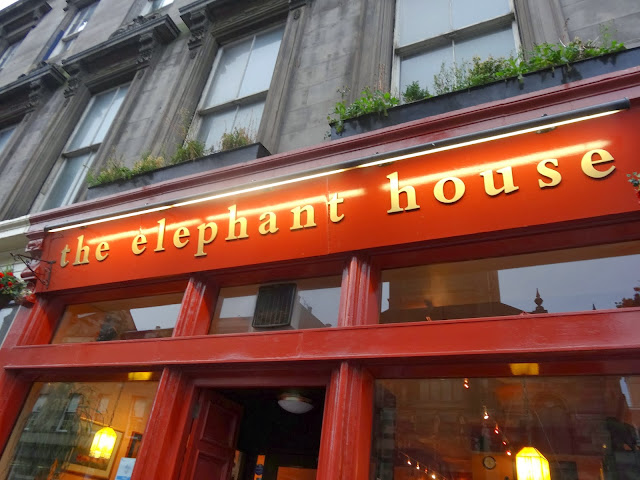 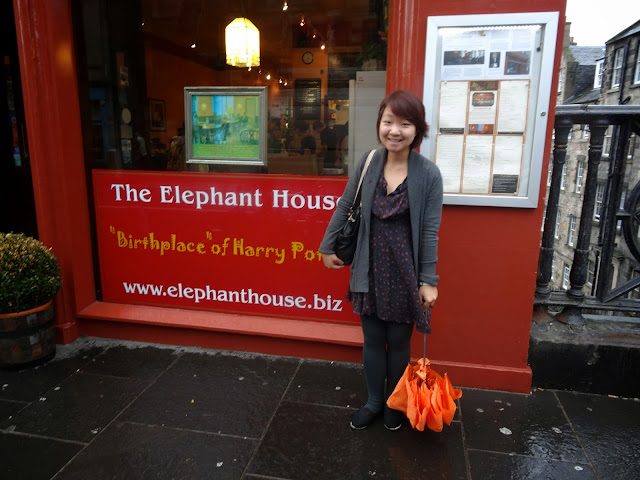 We headed back to our Travelodge afterwards, found a super noodle box place for pretty cheap, and went out again that night.

Tuesday, Wednesday, Thursday is coming up on the next post! Hope y'all are doing well - please leave me comments or email me or contact me in whatever way! Lots of love.
Posted by Diana Yoon at 06:35